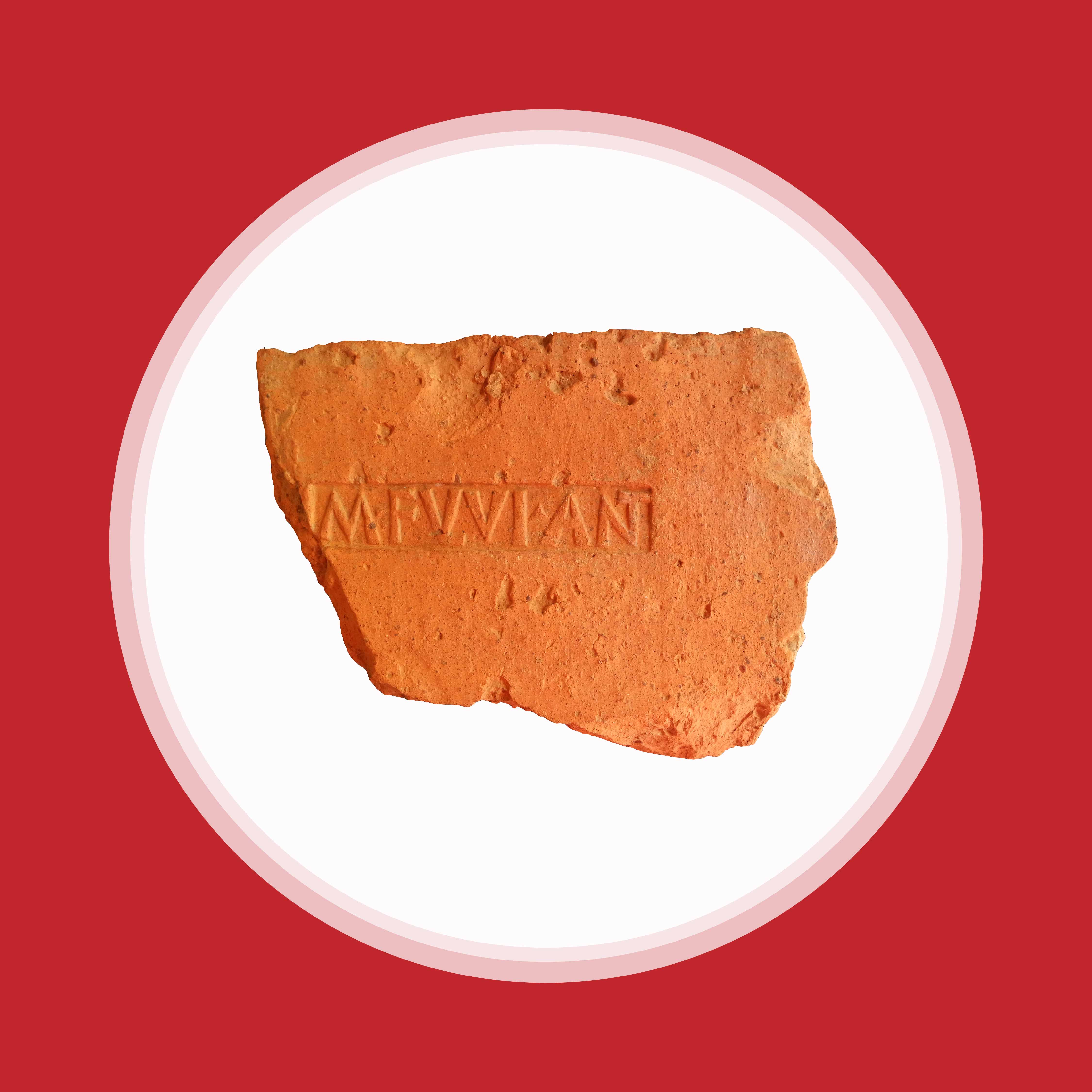 This is a big tile’s fragment which includes the stamp of its producer. The text impressed exhibits the signature M FULVI ANT, which is the producer’s name: Marcus Fulvius Antiochus.

The name’s structure tells us that Antiochus had been a slave, who belonged to the famous Roman bricks’ producer Marcus Fulvius. Later, Marcus Fulvius freed Antiochus, who aquired the state of libertus.

In Vignale, the recoverying of a lot of tiles with this signature and the spotting of a big kiln prove that there was a pottery production. We are unsure if Antiochus was the real kiln’s owner or if he managed it.

Can you read the letters impressed on this tile?

It reports M FULVI ANT, a “short” signature which points to the name Marcus Fulvius Antiochus. This discovery tells us an incredible story!

Do you want to read about it? Antiochus was born about 2000 years ago probably in Antiochia, a big city in Syria. From this city may come the name Antiochus. He was a slave, property of the Roman lord Marcus Fulvius. Antiochus worked in his master’s kilns near Rome. A very hard work! Antiochus was very capable and probably for this reason was freed by Marcus Fulvius.

When he became a free man he moved to Vignale. Here he produced bricks and tiles. We don’t know if Antiochus was the real kiln’s owner or if he only managed it. Because of the discovery of his signature we have been able to tell his story.